Lake Ogallala, We Hold You In Our Hearts

To call the Lake Ogallala Beachside Campgrounds civilized is only true to the most fundamental requirements of the word. There are some fire rings, a few picnic tables, a toilet, and a suspicious fresh water source that you manually pump to get water, I feel certain, from the lake.

Sunset was beautiful, the sky first pastel pinks and then vivid reds and yellows. 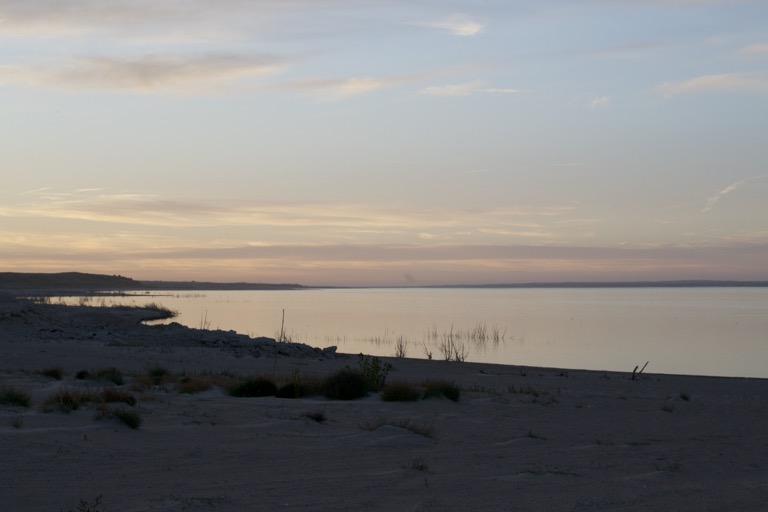 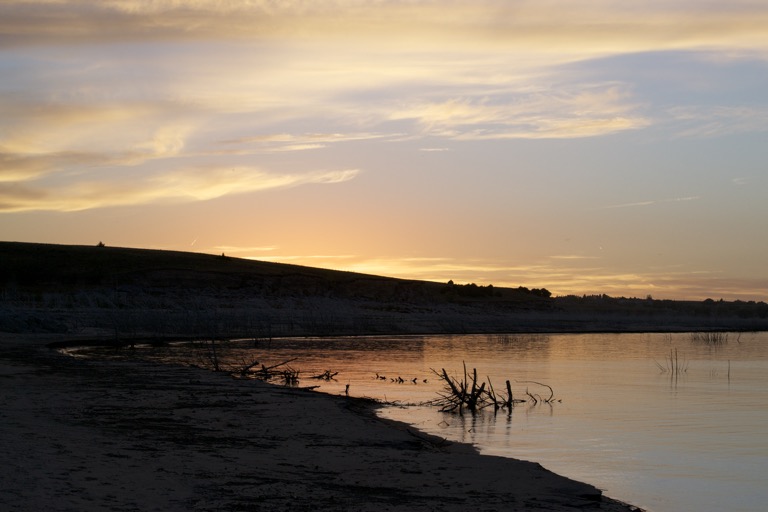 If you look closely at the second photo, a bright red 22˚ halo is also faintly visible.

I stayed there on a night with a new moon, so it was dark. Really dark. There were some houses about a mile away, and some rare commerce on the distant shore, but they could not light the night. The night was cold and beautiful, and the Milky Way could be seen dimly spilled across the sky. I had not seen it before, at least not like that.