STAR is one of the experiments at RHIC, which collides heavy nuclei to study the ultra-hot quark-rich medium called the quark-gluon plasma (or QGP) that existed shortly after the Big Bang.

The QGP created at RHIC has a temperature of around 350 MeV (in units where \(k_B\) \(=1\) or \(4\cdot 10^9\) Kelvin in more familiar units). For comparison, the sun’s photosphere temperature is a few thousand Kelvin and its core temperature is around 15 million Kelvin. So the QGP is hot.

RHIC is essentially a long and skinny donut, and electromagnets are precisely coordinated so that ions whip around in both directions of the evacuated inside very quickly. Then, at certain points the beams which are traveling in opposite directions are crossed. These are the points where you build your detector, because it’s where the collisions happen.

STAR is getting an enhancement, called the Heavy Flavor Tracker, which recently completed construction at Lawrence Berkeley Laboratory, the lab responsible for STAR, and was shown off to fellow scientists not involved in the project on 2014-01-08, before it got packed up for shipment to RHIC. I am lucky enough to be an affiliate of LBL, so I could not pass up the opportunity to see this device. 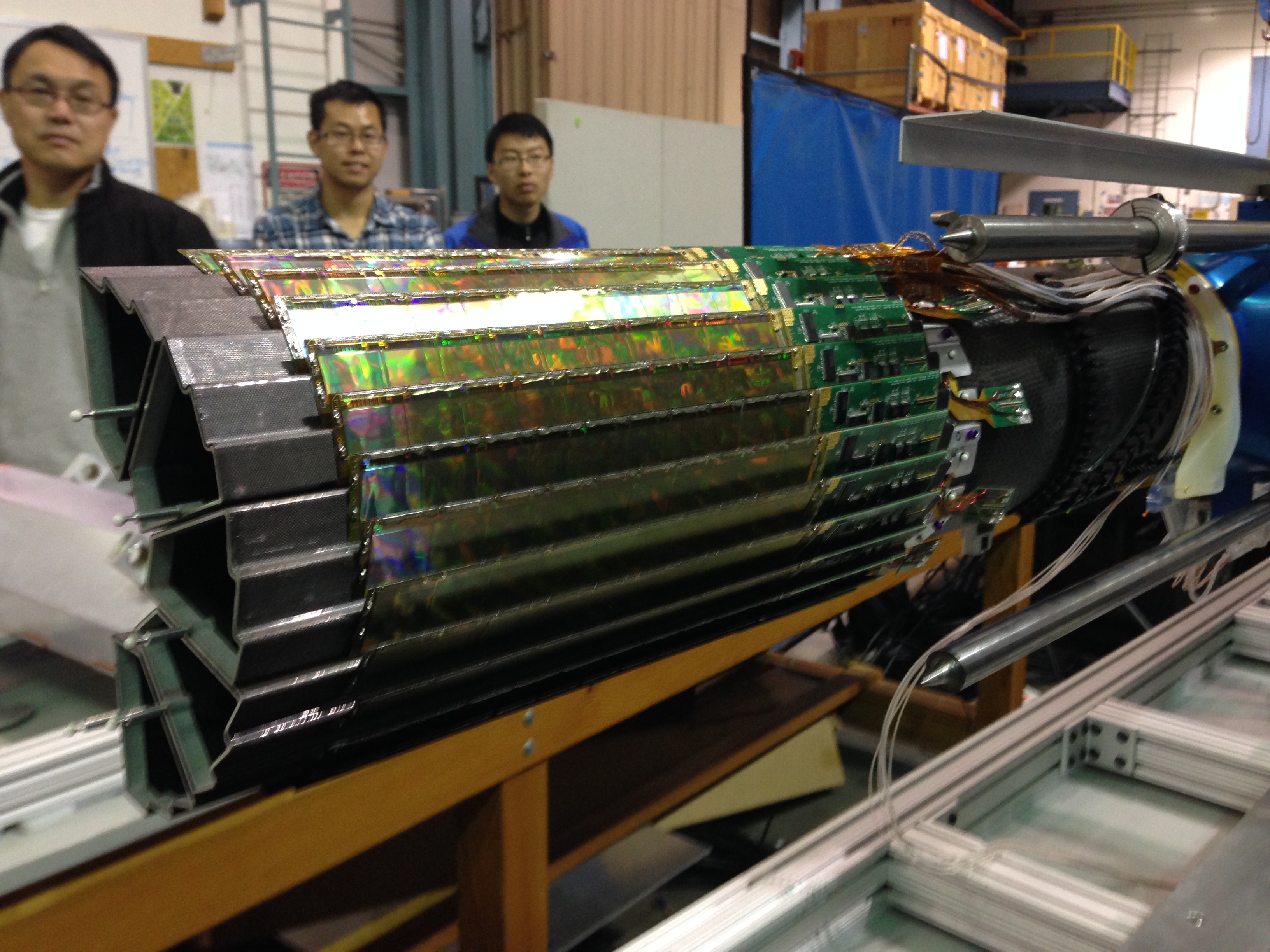 Half the HFT, which is quite pretty. The other half was inserted into a mock-up of the full detector, so that we could get a feel for how it would be put into the detector.

The Heavy Flavor Tracker is designed to be inserted into the STAR detector, but around the beam pipe. Heavy quarks flavors decay much faster, so that the signal gets jumbled up before reaching the pixels of the current detector. By adding a precision instrument so close to the collisions, the experiment will get much better data about how heavy quarks interact and behave in the QGP.

Roughly in the middle of that photo is a black tube with an aluminum box on the end, which is a mirror copy of the aluminum box at the left end of that photo. That box is connected to a long metal tube, which is connected to two black panels. Those panels are the detector and some accompanying electronics. The close-up above is from the other side, and the shiny panels are mounted to the black carbon-fiber panels you see in the panorama. 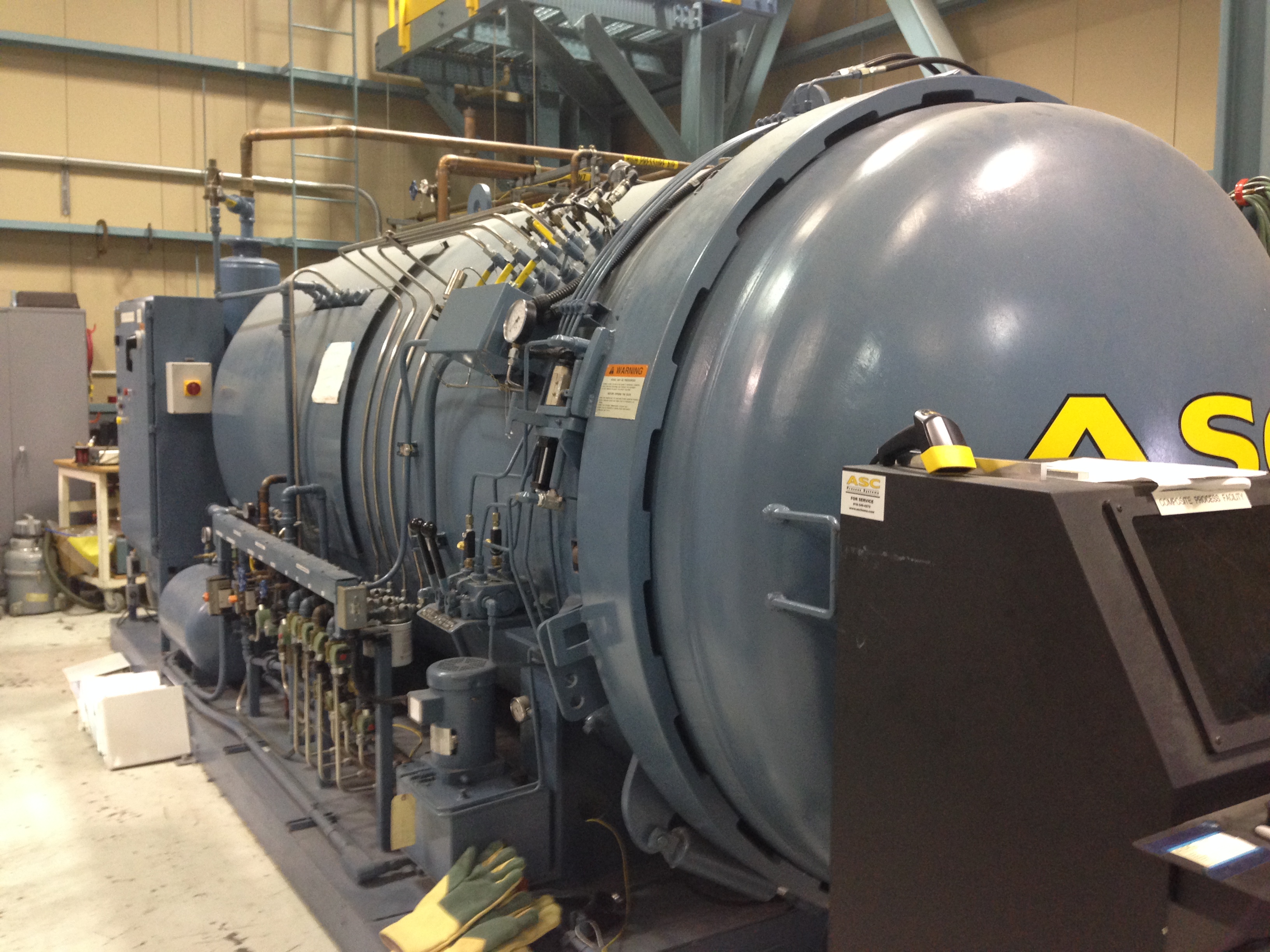 For the desired improvement in experimental precision, the HFT requires positioning that is more certain than just a few microns, so the scientists who built it have measured its surface and its response to mechanical and thermal stresses. In order to maintain the integrity of the device, the shiny part will be packed up into a cushioned and stabilized box and flown to RHIC, while the big rig you see in the panorama will be sent by truck.