A Marvelous Night for a Moondance 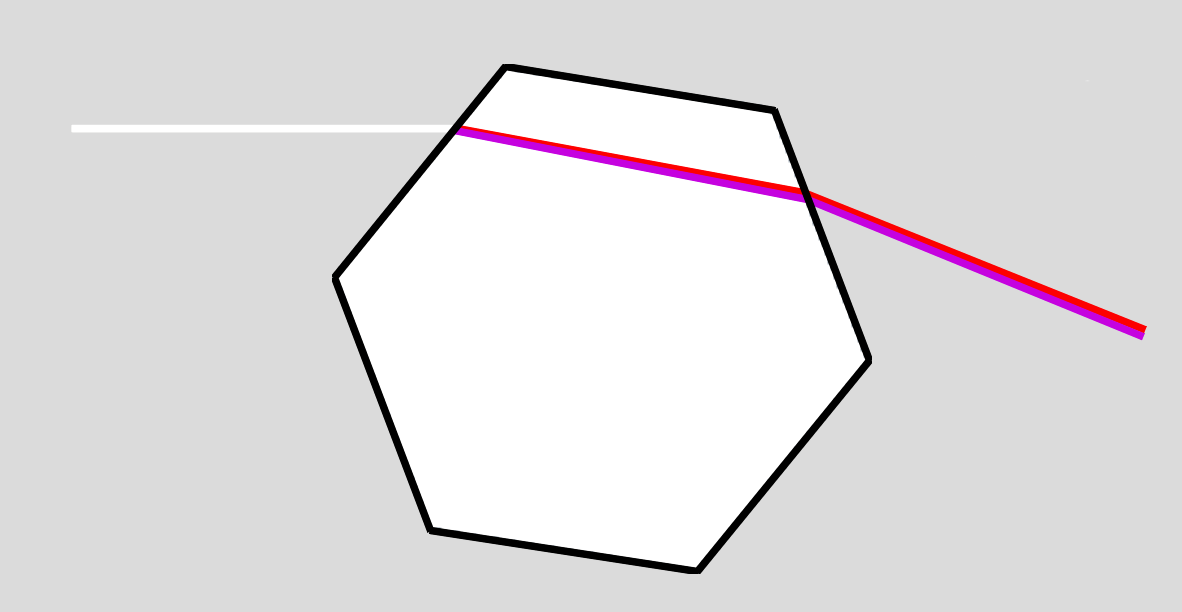 To make the 22˚ halo, light only gets refracted, which just means that it gets bent when entering and leaving the ice crystal. 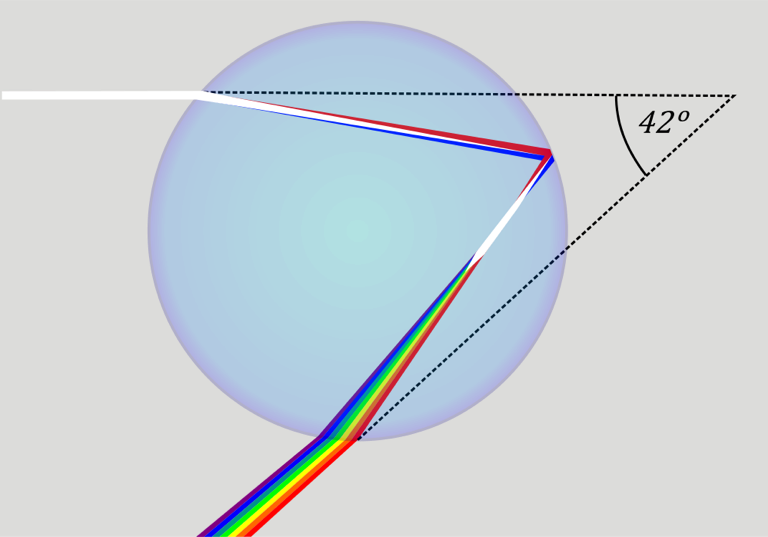 Water droplet in a rainbow. Public domain from Wikimedia Commons.

In contrast, to make a rainbow the light also has to reflect off the back surface of the water droplet.

This has a few effects: 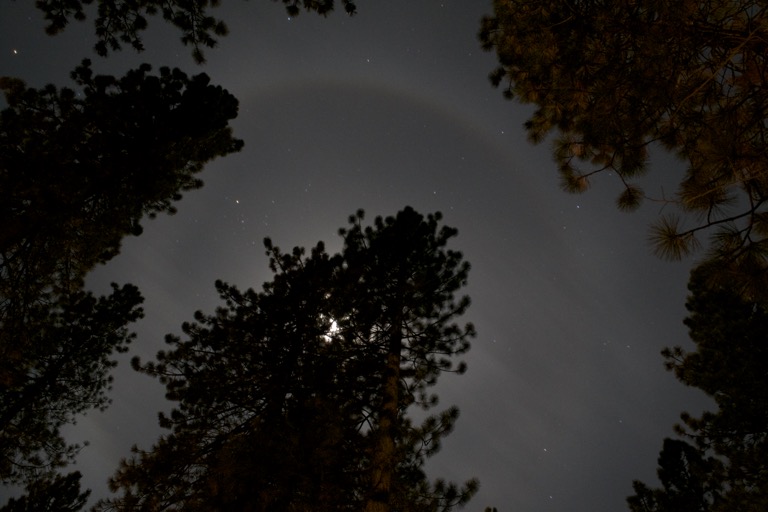 So that you can see the reversed colors and dramatically larger size of a rainbow, here is a photo I took in 2009 of a brilliant rainbow in DC. You can also tell from the shadows that the sun is behind me in this photo, in contrast to the halo. 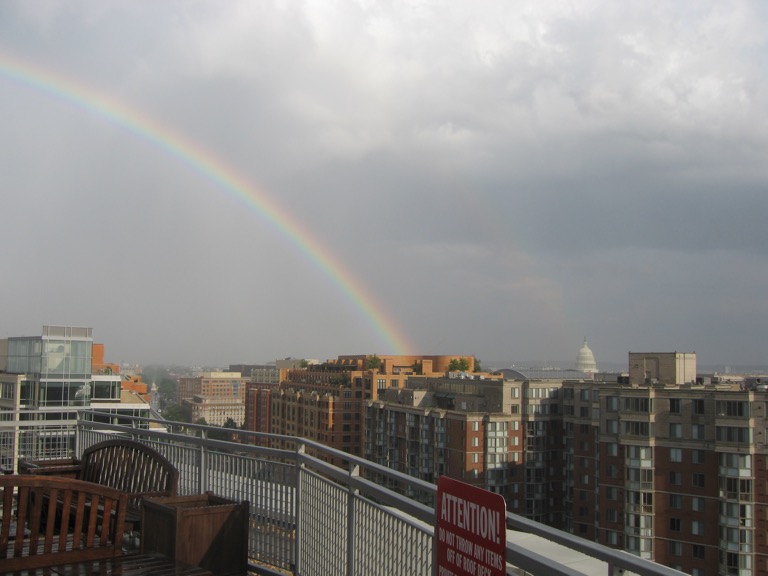